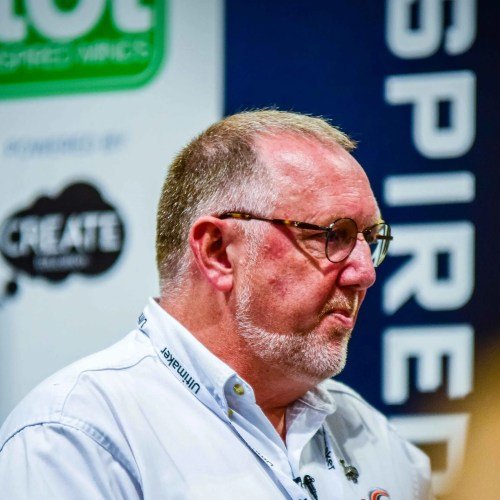 A long-time proponent of the additive manufacturing and 3D printing industry, Andrew’s career working with and implementing additive technologies spans three decades. Since 2007, Andrew has run his own successful businesses within the industry.

Established in 2007, AT 3D-SQUARED provides a strategic consulting and support service for organisations involved with 3D Printing (RP) and additive manufacturing (AM) technologies. With an extensive knowledge base, AT 3D-SQUARED coordinates all of the components vital to maximising the capabilities of additive technologies – software, hardware, materials and the human interface.

With unprecedented access to numerous industrial sectors, including automotive and aerospace, Andrews experience and expertise have seen him invited to participate in various global events and summits. In 2016, Andrew’s distinguished work in the AM sector was recognized by AMUG when he was awarded the prestigious Distinguished INnovator Operator (DINO). In 2017 he was asked to take on the role of AMUG European Ambassador and the following year he became AMUG Global Ambassador.

In 2019, he became the first-ever European Vice President and Director of AMUG.

Andrew studied Art and Design at Wolverhampton University (3D Design, Wood, Metal & Plastics), and is now extremely passionate about trying to promote STEAM instead of STEM. Believing the arts are just as important as the other subjects. Education is very important to Andrew and the AMUG philosophy and he looks forward to seeing how accessible technology can improve this, in a way no one gets left behind.