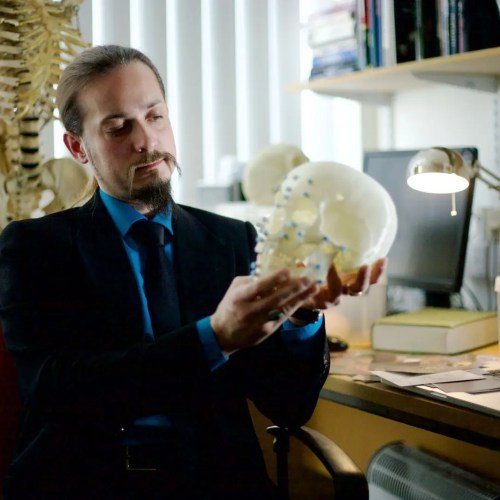 I started providing consultations for the Italian State Prosecutor Office and then I became an accredited expert witness. I was also appointed as a temporary research fellow at the University of Florence, where I did my research and I started to teach as contract professor. Teaching, as well as science dissemination, was my aim since I started my education: it is the most rewarding role. At that time, I started to get involved in public speaking events, conferences, documentaries and then on real-crime TV programmes.

When I was appointed as honorary member of the Commonwealth War Grave Commission for my service in the identification of WWII soldiers, and when I discovered a “vampire grave”. The remains belonged to a lady who was believed to be a vampire during the XVI century. She was exorcised by having a brick shoved into her mouth. I did the entire research and a documentary with the National Geographic Society on this case. A really thrilling experience.