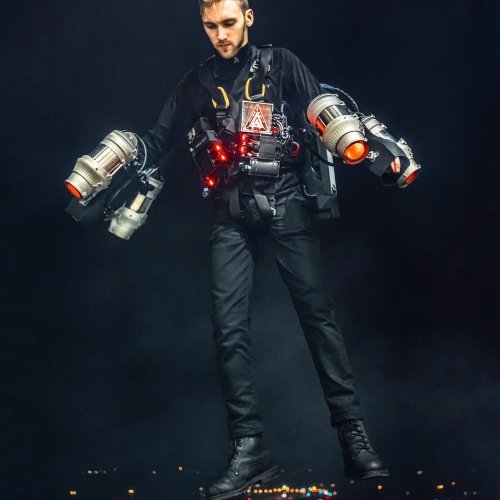 Sam Rogers is the Additive Design Lead and Test Pilot at Gravity Industries. At Gravity Industries, Sam works on the design of the Jet Suit, which is fully 3D Printed. Going from computer modelling, all the way through to the manufacturing and testing of the suit.

Sam’s background is working on Rocket Engines, researching them all through University, where he studied BSc Product Design and Technology at Loughborough University.

In school, Sam developed his interest in design and technology, spending most of his time building radio control planes, cars, and boats; before moving on to rockets shortly after that.  Making small rocket engines, building the body of the rockets using commercially available rocket motors, developing his own electromechanical apogee detectors.

Sam wants to help people break down the barriers around engineering and aerospace by removing the complications. See how Sam 3D Printed a Vortex Rocket Engine Ignite on his YouTube Channel here.