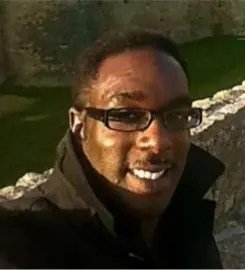 Stephen Sadler’s career began at a London Design Consultancy before moving into the field of exhibition design, international sales and marketing. As well as working on a number of international exhibitions in the oil and gas industry he also managed gaming and casino exhibitions across EMEA.

Sadler moved away from the events industry to focus on design education and has since been responsible for developing CAD and CAM in his current school. He has also run several CPD for DT Staff cross London and the South East in CAD CAM, 3D Printing, Robotics and all things STEM related. At the same time whilst teaching, he has worked with Royal Academy of Engineering, Connecting STEM Teachers.

Sadler was the first educator within a secondary school to introduce a Virtual Learning Environment (VLE) into a UK Secondary School (Fronter). Sadler is always pushing boundaries when it comes to 3D printing and he currently designs, manufactures and sells his own range of custom parts of for the import motorsport scene.

Sadler introduced Robotics and STEM education to the wider Technology Curriculum, resulting in a dramatic increase in students, in particular girls, wanting to learn about Design, Technology and Engineering through STEM subjects. He has also run a number of successful events since 2011 and his students in EBS Robotics are the most successful secondary school at VEX. He has also run several CPD sessions and is a VEX Event Partner for London and the South East.

Sadler has made an outstanding contribution to Digital Design and Technology and has since gone on to setup and share his best practices through Primary and Secondary School Initiatives involving demonstrations to ST and EdTech Teachers across the UK. As well as DT Teacher, Sadler also the Manager for his schools Learning Management System. He regularly presents the latest in EdTech at the BETT Show alongside Microsoft and its Norwegian partners, Skooler, showcasing how educators can best embed the use of an LMS within their Teaching and Learning.

This year Sadler has since gone onto achieve further recognition, thanks to his wonderful students, and was most recently awarded London STEM Teacher of the Year and is the Pearson National Teacher Silver Award winner for Digital Innovator of the Year, sponsored by Google. He is now a National nominee for the Gold Award UK Digital Innovator of the Year, (due to showcased on Sunday the 20th of October 2019 on BBC 2’s annual show – Classroom Heroes, The Oscars of Education)

Sadler has been teaching in secondary education since 2002 and introduced and embedded Autodesk Inventor into his school’s DT Curriculum. Sadler is also an Autodesk Certified Instructor in Fusion 360 and Inventor and has a taught 1000s of students and many DT teachers. Many of his former students are recognised as the first Autodesk Student Ambassadors in the UK.

In 2010, Sadler helped Autodesk to design and integrate Digital STEM for the UK. His creative and insightful input helped Autodesk craft a program, Digital STEAM, that went on to be awarded the ISTE Seal of Approval. Rebranded now as the Autodesk Design Academy, the online training and education portal is now used to help teach CAD CAM to millions of students and educators across the globe.

Sadler has been collaborating with Autodesk’s AEX organisation for well over a decade and most recently he facilitated the participation of a group of VEX Robotics students, “Girls of Steel” in the 2017 and 2018 at AU London. He also facilitated the participation of a group of younger female students, ‘Girlbots’ at Autodesk’s OTX International event in Denmark. Since 2010 he has pushed hard for diversity and gender equality in the subject. EBS Robotics is now 80 percent female, many of whom have delivered numerous keynote presentations at schools and establishments across London and the South East, including features on BBC TV and BBC Radio.

Sadler is extremely proud to be recognised as the new CREATE Education Ambassador and be part of an exclusive team of unique educators recognised for their huge contribution and promotion of Digital Design and Technology Education across the UK and beyond.